During the 3rd century BC, Megasthanes a Greek historian visited Madurai. Later on many people came from western parts like Rome, Greece etc. and established trade with the Pandya kings. By 10th century AD Madurai was captured by Cholas and ruled it till the beginning of the 13th century. Then Pandyas regained it in 1223 AD. For a short period it was also under the rule of Tughlak. Then it fell to the Vijayanagar dynasty and ruled by their Governors called Nayaks. But in 1530 AD, the Nayaks became independent and took control over the area. During the reign of Thirumalai Nayak (1623-1659) the Raja Gopuram of the Meenakshi Amman Temple was made to the present state, The Pudu Mandapam and The Thirumalai Nayakar's Palace were also constructed during this period. Gradually, it went into the hands of British till India became Independent.

Madurai city is well connected by Air, Rail and Road. There are also many other tourist places near to Madurai such as Kodai Canal, Kanyakumari etc. in Tamil Nadu and Thekkadi, Munnar etc.in Kerala. Conducted tours are also available to these places from Madurai.

Athirappilly water fall is located at Athirappilly village in Thrissur District of Kerala. It is part of Western Ghats, at about 1000 feets above sea level. It is the starting point of Chalakudi River. It is surrounded by mountains with thick green forest. The main speciality of the fall is that it is a round the year phenomena, though in the monsoon it is more beautiful. On the way other two picnic spots are also available, namely, Thumboormuzhi and Ezhattumukham. Both are two sides of the same river joined with a hanging bridge. Enough for a one day picnic. 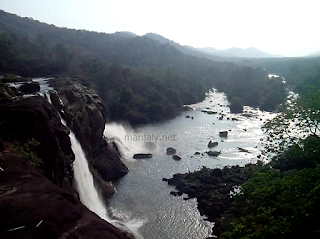 Also read my autobiography:-A FRAUD IN THE INDIAN CONSTITUTION (www.amazon.in/dp/9352353986)

Malayattoor is primarily a Christian Pilgrim centre in Ernakulam District of Kerala in South India. There is an old Chapel as well as a new Church at the top of the mountain called Kurishumudi dedicated to St. Thomas, one of the Apostles of Jesus Christ. It is believed that St. Thomas visited this place on his way to Tamil Nadu from Kodungallur/Azhikode in Kerala where he landed first in AD 52. The main parish Church is at the bottom of the hill. The word Malayattoor is a combination of three words Mala (mountain), Aar (river), and Ooru (village) indicating the presence of these three items in the same place.

Kurishumudy which is the top part of the mountain at Malayattoor is 1269 feet above the sea level. At the bottom of the mountain, there is a lake garden with boating facility. Canteen run by the Church is available at top and bottom of the mountain. Other mini eateries are also available. There will be heavy rush during Sundays and Fridays of Easter season. There is no proper road to reach the top. There are some steps constructed in some parts. Otherwise one has to climb through the natural foot path with projected rocks. But there is ambulance service up to some level of the mountain. The main festival of the church is on the 1st Sunday after Easter.

On the other side of the river there is a sanctuary of elephants brought from the forest and protected particularly the babies. Recently some parts of this sanctuary is shifted to some other place. Kaladi the birthplace of Adi Sankaracharya, a Hindu saint, is also very close to Malayattoor. He is a world famous philosopher and founder of the principle of ‘Advaita’.

Best season to visit Malayatoor is from January to April. For reaching by air, Kochi international airport is the nearest. By rail Angamali railway station is the nearest. Malayatoor is connected by road to many nearby cities in Keala like Ernakulam, Thrissur, etc. There is also limited accommodation near the main Church at the bottom of the mountain.

Ezhattumugham is a village in the border of Thrissur and Ernakulam districts of Kerala, India. It is on the banks of Chalakudi River. The other side is also a tourist place called Thumboormuzhi. Now both sides of the river is connected by a hanging rope bridge. In the non-monsoon season one can cross the river by foot through the river. The meaning of the word Ezhatumugham is seven faces of the river. If both places are to be visited separate ticket has to be taken from sides.

Nagpur is a city in the state of Maharashtra, India. The city derived its name from the river Nag flowing through the area. It is also commonly known as "Orange City". Nagpur is famous for its orange with its major orange (Sandra) market just adjoining the railway station there. Presently there is no orange cultivation in the city area. It mainly comes from the suburbs and adjoining Amaravathi District etc. It assumes more importance also because of the headquarters of the Rashtriya Swayamsevak Sangh (RSS) situated there. Another specialty of the city is that it lies exactly at the centre point of India. To indicate this, a pillar is erected at the point known as the Zero Mile Point near the Kasturchand Park (Refer Youtube Photo slide link below). I stayed in the city several times. When I Recently visited the city, I found that the beautiful Japanese Rose Garden at the bottom of the Seminary Hills is in a dilapidated condition and closed to visitors. Only an opening is kept for pedestrians to reach the road towards the SFS College, St. Charles Seminary (from which the hill got its name) and the Forest Department zoo garden at the top of the hill.

Another importance of Nagpur is that, Maharashtra, as in the case of Jammu & Kashmir, have two Capitals and the first Capital is Mumbai and the Second Capital Nagpur. It is also called winter capital. The main reason for two capital is that, earlier Nagpur was the Capital of Madhya Bharat. When states were reorganised on the basis of languages, Nagpur became a part of Mahatrastra. As a result of this change, it was agreed upon that the status of the Capital would be retained even after reorganisation. Therefore, in the month of December, there would be an Assembly Session at Nagpur, though it may be for a short period like a yearly event.

Notable tourist points in the city are:

How to reach:
By air: Dr. Babasaheb Ambedkar International Airport, Nagpur. (about 8 km from city)
By rail &road: Being a centre point of India Nagpur is well connected by rail and road to all places in india. 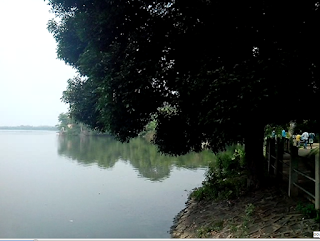 Jakhu Hill and Temple: It is 2 km from Simla town, at a height of about 8500 ft. The climbing starts from the side of Church at the Mall. There is a health indicator placed at the starting point to calculate the age wise health criteria, depending on the time taken to reach the top. It is the highest peak in Simla and offers a beautiful panorama of the town below and the snow-covered Himalayan ranges and is a delight for the tourists. At the top of the Hill, there is also an old temple (Renovated) of Lord Hanuman, which is also home for the countless monkeys roaming there. Many Pilgrims feed these monkeys as an offering. There is also a 108 ft. statue of Lord Hanuman, a Hindu deity, outside the temple. It is overlooking the trees and visible from all over Simla. It is considered to be the highest statue to stand at this high altitude.

The legend tells us that the place got prominence since the battle of Ramayana. During the battle, Lakshmana, was injured by an arrow. He could not be cured in spite of many physicians. Then somebody told that Lakshmana could only be saved by Mritha Sanjeevani herb grown in some part of Himalayas. Hanuman took the responsibility of bringing this life saving medicine from Himalayas. On the way, Hanuman met a Sage on the Jakhu Mountain and enquired about more details of the place where the herb Mritha Sanjeevani was available. Thenceforth, the place got importance as a holy place for Hindu pilgrims and gradually, a temple was constructed there.

At the bottom, two video scenes I captured from the Jakhu temple complex are given. Both are funny videos. One of a monkey which lifted a shoe of a devotee and ran atop a nearby shed while the security staff was trying to get it back. This reminded me the old children's story of the monkey and the cap seller. In the other video, some monkeys were playing with the articles kept in the children’s park there.