NANDED, District of MAHARASHTRA and a Sikh Pilgrim Centre

Nanded is in Marathwada region of Maharashtra State. It is bordering with Telangana State. It is situated on the bank of Godavari River.  In the past, Nandas ruled over Nanded for many generations. In 1708, Guru Gobind Singh the tenth spiritual leader of the Sikhs came over to Nanded. A monument has been constructed at the place where he breathed his last. A Gurudwara has also been constructed there and is known as Shri Huzur Abchalnagar Sachkhand Gurudwara. It is a very important Sikh Pilgrim centre next only to the Golden Temple of Punjab. Now Nanded is famous because of this Pilgrim centre.


Another famous tourist centre Aurangabad (Ajantha & Ellora) is also in the close proximity of Nanded.

Nanded is well connected with the rail and road transport. There are 4 super fast trains running between Nanded and Punjab where other major Gurudwaras are situated. 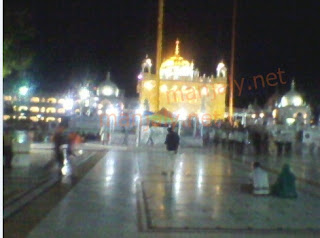